Well known for his achievements in community, organizational, and economic development, George has a reputation for getting things done and ‘making a difference’. George has led a comprehensive urban renewal project to considerable, award-winning success—attracting significant business and redevelopment investment while helping to guide design policy. He has consulted for corporations, community organizations, and district, municipal, provincial and federal governments. He has served on the Destination Nanaimo Advisory Committee, Safer Nanaimo Committee, Board of Advisors for the Community Leadership and Innovation Institute at Vancouver Island University, Board of Directors for the Oceanside Development and Construction Association, and on Executive Committees for Nanaimo Economic Development Group and Business Improvement Areas of British Columbia. He is President of the Vancouver Island Economic Alliance and Managing Partner of Clayton Consulting. He and his wife, Signy, moved to Nanaimo from Vancouver in 1996. They have two children. George loves the outdoors and is passionate about world and local affairs, gardening, kayaking, and baseball.

Daniel Martinez was born and raised in Tampico, Mexico, and has a degree in Chemical Engineering. In 2007, Daniel came to Nanaimo to attend Vancouver Island University, where he obtained his Masters in Business Administration. Upon graduation, he joined Integral Wealth Securities – Nanaimo Branch. Daniel is a Partner in the business, licensed in securities, insurance, and options, and is a Certified Financial Planner® professional. He focuses on Investments and Wealth Management.

Daniel loves living in Nanaimo and he donates much of his time in making it an even better place to live. He is the current Vice-President of the Young Professionals of Nanaimo and an active member of the Canadian Association of Gift Planners. Daniel is part of the Faculty of Management at Vancouver Island University and has participated with Junior Achievement in Nanaimo. His current duties as the Development Director for the Nanaimo Foundation include leading the Investment Committee as well as fundraising activities in favour of the Foundation’s endowment funds. 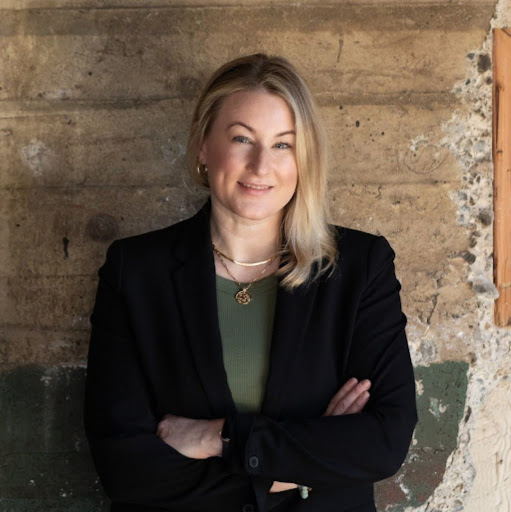 Partner and Lead Marketing Strategist of Array Web + Creative, Kristina embraces the ever-changing and growing nature of the web marketing industry. She views the landscape of digital marketing as a space filled with endless opportunities for exploration, learning, growth, and excellence.

Kristina takes pride in her ability to thrive when presented with a challenge by employing strategies in order to achieve a goal. This is applicable to her clients, working team,l and in her personal life. A solutions-driven individual, Kristina is an optimist. She has high standards and a natural eye for creative work. For Kristina, making people happy and helping them succeed is always at the forefront of her work.

Courtenay is a Senior Commercial Manager that specialized in Long-term Financing and Advisory Services and has been in the financial industry for over 15 years. Courtenay thrives on helping our local businesses grow and succeed in every stage of a business cycle.

A third-generation Nanaimo-ite, born and raised in our lovely city, she and her husband raise their two young boys and they are all heavily involved in the sports community. The family loves exploring Vancouver Island as well as vacationing in other countries. Courtenay is excited to be a part of the Nanaimo Foundation to scale up the growth of the foundation and give back to our wonderful community.

Drawing on more than 20 years of experience, Mike helps business owners and management teams determine their goals and offers insight into how they can best be achieved. With his advice and assistance, clients can make more strategic decisions that position them to seize opportunities while staying in compliance with regulators.

Committed to his community, he is the past Chair for the Greater Nanaimo Chamber of Commerce and actively involved in the Serauxmen Service Club since 2008. He is also the Treasurer of the B.C. Aviation Council as well as the treasurer of the Canadian Home Builders Association Vancouver Island. Mike is the founding member and treasurer of the MidIsland Business Initiative Society.

After growing up in Chemainus, Tim has since resided in Nanaimo for the last 15 years.  Tim graduated from Malaspina University-College in 2002  and soon found a position at Island Savings Credit Union where he has stayed for almost 12 years.  In this time he has held a number of different roles including personal lending, commercial banking and currently as the Branch Manager of the Woodgrove Centre location.

Tim is also the Vice President of the Vancouver Island University Alumni Association board, the Treasurer for the Nanaimo Regional Rail Trail Partnership and has been actively involved with the Young Professionals of Nanaimo. Tim’s downtime is dedicated to his wonderful, supportive wife, Kylie and 2 amazing daughters, Cassie and Maggie.  He is honoured to accept a board position on the Nanaimo Community Foundation and looks forward to growing the foundation to support the Nanaimo community.

A lawyer with RLR Law, Chelsea practises in the areas of estate planning, estate administration, estate litigation and civil litigation. She is experienced in a wide array of estates and trust matters.

Chelsea’s family is originally from Vancouver Island. She is excited to now work and raise her family on the Island, where her husband has an established business. Chelsea is an avid equestrian and enjoys spending time with her horses.

Prior to his retirement as Provost and Vice-President (Academic), Vancouver Island University (2010-2018), Dave was Dean, Faculty of Architecture, University of Manitoba (2001-2009) and, prior to that, a Director and Partner in Urban Systems Ltd. Before moving to BC in 1991, he was Senior Partner in Hilderman Witty and Associates, an award winning planning and landscape architecture practice based in Winnipeg and Saskatoon.

Dave was a Founding Director, Smart Growth BC, former President of the Canadian Institute of Planners (CIP) and founding Chair of the Canadian Healthy Communities Project. He was elected Fellow of CIP in 1998. Between 2002 and 2014, he sat on the National Capital Commission’s Advisory Committee on Planning, Design and Real Estate. He is the recipient of the Manitoba Southeast Tribal Council Recognition of Service to First Nations (2009). In 2016, he received CIP’s President’s Award “in recognition of an outstanding lifetime contribution to professional planning in Canada.” In 2019, he was awarded a Life Member of the Planning Institute of British Columbia. He is a member of the Royal Architectural Institute of Canada and an Honorary Member of the Council on Canadian Urbanism.

Owner and President of Tom Harris Auto Group and Tom Harris Cellular, this Vancouver Island businessman has built his reputation on solid business practices and an equally solid commitment to community.

Tom started in the car business as a salesman in 1969 and opened his first dealership in 1983. The Harris Auto group now consists of six dealerships on Vancouver Island in Victoria, Nanaimo, Parksville, and Campbell River. Tom Harris Cellular started in 1987 in Nanaimo and has grown into the largest TELUS dealer in Canada, made up of 50 stores across BC and Alberta. Tom served on the Board of BC Ferries for almost ten years. He has also served on the boards of the Canadian Automobile Dealers Association and the B.C. New Car Dealers Association. A highly-recognized community leader, Tom has chaired United Way of Nanaimo, the Nanaimo and District Hospital Foundation, Nanaimo Community Foundation, and St. John’s Ambulance.

Thank you Tom Harris for your enduring dedication to our community. Your generosity, volunteerism, and community spirit has forever enriched Nanaimo.

Thank you, as well, for serving more than 16 years on the Nanaimo Foundation Board of Directors. It has been an honour and a privilege to know you, work alongside you, and benefit from your guidance.

We feel a deep sense of loss for our community, and personal sadness in the passing of a dear friend.

You have left an indelible impact on us.  We’ll do you proud, Tom.

Information on making a gift to The Tom Harris Community Endowment Fund can be found here.

Having a lifelong interest in humanity, Laurie pursued degrees in psychology and anthropology at the University of Calgary. Having an enduring dedication to helping humanity, she is passionate about supporting her community and giving back.

Laurie is honoured to be the Executive Director for the Nanaimo Foundation and be a part of making meaningful and lasting impacts in our community.