Posted by Communications on July 4, 2015

A person in Nanaimo who wishes to remain anonymous has donated $500,000 to a number of worthwhile causes.

The money was given to the Nanaimo Foundation, a non-profit community organization that connects donors to charities and other causes in the region, with specific instructions as to where most of the funding is to be directed.

Daniel Martinez, the foundation’s development director, said $200,000 of the funding will go to the new Nanaimo Travellers Lodge 130-bed care facility, and the Nanaimo Foundation will hand over the cheque at the ground-breaking ceremony for the new care facility on Sunday.

Martinez said the donor requested that the Nanaimo Foundation determine the best uses for the rest of the funding.

He said it’s not the first time this donor has contributed large amounts of money to the community. Martinez said last year, the donor gave the foundation $300,000, with $100,000 of that earmarked for the Nanaimo Travellers Lodge, another $100,000 to Nanaimo Hospice and the rest of the funding was distributed by the foundation at its own discretion.

“That’s a lot of money for one donor to give to the community in two years and we’re hoping this person will keep the funding coming,” he said.

“I think I have the greatest job in the world because I get to call these organizations and tell them about the donation. They usually can’t believe it. To a small organization like Nanaimo Minor Baseball, a $10,000 donation can accomplish a lot.” 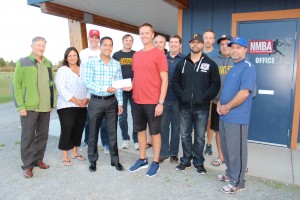 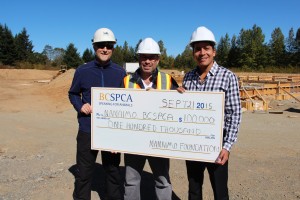