Posted by Communications on February 19, 2015

With the assistance of the Nanaimo Foundation, David Stanley will be able to grant money to charitable organizations on an annual basis.

Stanley and his wife established a donor- advised fund through the Nanaimo Foundation in 2014, which will begin bearing fruit this year. They donated the minimum $10,000 and the Nanaimo Foundation can only give the money to charities registered with the Canada Revenue Agency. Stanley said it was easy to set up the fund.

“When somebody donates to their private foundation, they receive a charitable receipt, similar to them opening a fund with us,” said Martinez. “I would say it’s an easier way to do it than setting up your own private foundation.” The Canada Revenue Agency says a minimum of 3.5 per cent of the total must be given out yearly, said Martinez.

While money from the fund will initially be available to anyone, Stanley has advised the foundation that he would like it to go to environmental projects or research after he and his wife are gone.

Stanley is a proud Nanaimoite and wants to show his appreciation to the Harbour City. “I’m originally from Ontario and we really enjoy Nanaimo. We’ve been here for about 11 years now and it’s a peaceful, safe, friendly place to live,” said Stanley. “We have all the conveniences we need for retirement, so we’re happy here and we’d like to make sure that our money stays in Nanaimo.”

The Nanaimo Foundation hosted its annual general meeting Wednesday at its Front Street office where it decided who the recipient will be. 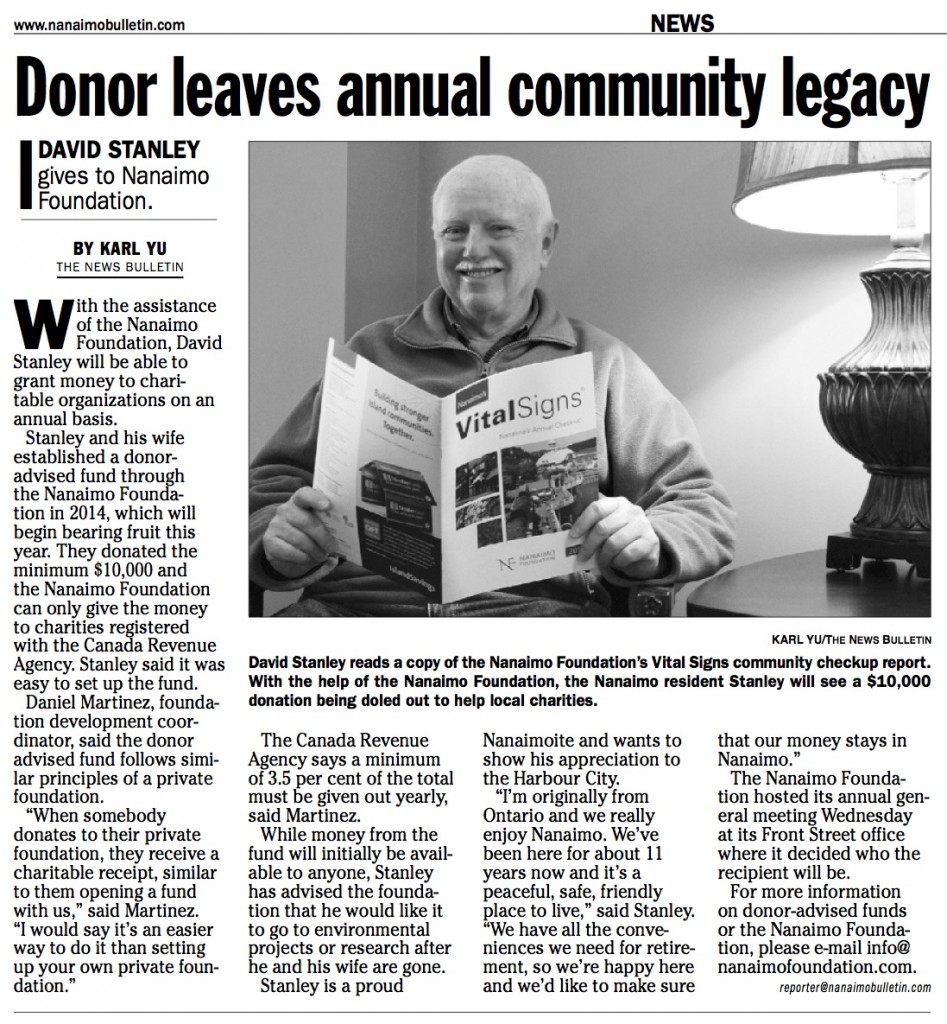